By Illinois Eagle Staff On Apr 1, 2011
127
Share
Destination of the Day: Wrigley Field, Chicago-Lake View, IL (Chicago)
Opening Day is 1 April at 1:20 pm against the Pittsburgh Pirates. There will never been another stadium like Wrigley Field. Located in Chicago-Lake View it is about as traditional as a stadium can get, with only Fenway Park being older. While many other teams built (or more accurately city or state agencies) new ‘retro’ stadiums in downtown districts the Cubs have enjoyed this somewhat cramped neighborhood joint for 97 years. The best aspect of this stadium is the community feeling with flats, bars, and restaurants wrapping around the complex, something a fan cannot get almost anywhere else. For fans the field is next to the CTA Red Line Addison Street station and the team offers an unforgettable stadium tour on non-home game weekends.
The Ricketts family trust now owns both the team and stadium and has been actively working to receive state funding for renovating the stadium and developing a small adjacent lot.
Address:
Wrigley Field
http://mlb.mlb.com/chc/ballpark/index.jsp
1060 West Addison Street
Chicago, IL 60613
800-THE-CUBS (for baseball tickets)
Getting There:
Public Transit (always confirm schedules)-
-Take CTA Red Line to Addison Street station
-Walk west 0.5 blocks
Auto (always confirm route)-
-On game days is it highly recommended not to drive to the stadium. The team offers shuttle service from lots in Chicago-North Center. See web site for details. 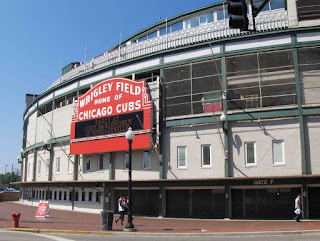 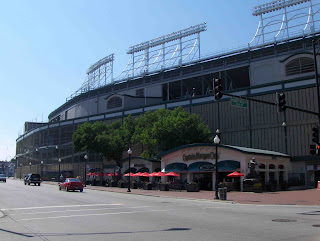 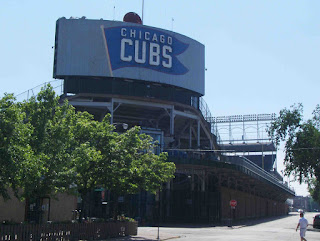