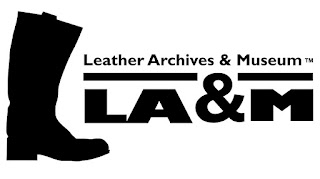 CHICAGO – The Leather Archives & Museum has announced a documentary film about the history of the LA&M to be released in 2016. Christina Court, producer and director of the documentary High Shine: 15 Years Of International Ms Bootblack (High Moo Production, 2015), has teamed up with the Leather Archives & Museum to produce a documentary short that celebrates the communal effort that made LA&M the institution it is today. Court will use materials from the LA&M archives and film new interviews that will help bring the history and LA&M’s collections to life. While showing the current and evolving state of LA&M, she also hopes to provide a glimpse of what members and visitors could see from and in the LA&M into the next quarter century.

Eleven years after the first known reported case of AIDS and less than one year after artists Etienne (Dom Orejudos) and Tom of Finland (Touko Laaksonen) passed away, Leather history was forever changed. During the 1992 International Mr. Leather contest, IML owner and co-founder Chuck Renslow took the microphone. Within his remarks, Renslow announced that he and other community organizers had met and agreed it was time to establish the Leather Archives & Museum (LA&M). Renslow defined the organization as a way to ensure Leather history and the names of the thousands of Leather folk that the community had lost over the years, especially to AIDS, HIV and cancer, were not forgotten. Renslow’s announcement was immediately met with long and loud applause. Four months later, the LA&M opened a checking account with a $1,000 check donation from International Mr. Leather, Inc.