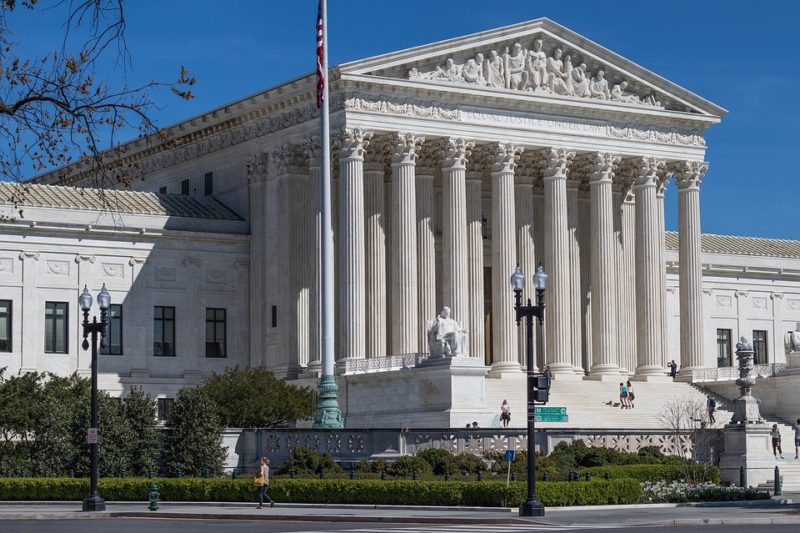 WASHINGTON — The U.S. Supreme Court on Monday let a Texas ruling that marriage equality did not mean same-sex couples could receive spousal benefits.

The Austin American-Statesmen reported that the city of Houston had asked the court to overturn last June’s Texas Supreme Court decision, which determined that all marriage-related matters were not decided when the U.S. Supreme Court established a right to same-sex unions in 2015, leaving room for state courts to explore the limits of gay marriage.The newspaper said the Supreme Court’s issue was issued without comment.

Lawyers for Houston had argued that the Texas ruling was wrong, short-sighted and invited endless rounds of litigation from opponents determined to limit the impact of legalized same-sex marriage.

“Equal recognition of same-sex marriage requires more than a marriage license; it requires equal access to the constellation of benefits that the state has linked to marriage,” the city’s lawyers told the court.

Opponents of gay marriage had urged the high court to reject Houston’s appeal, arguing that it did not open the door to discrimination, as city officials had claimed.

The Texas court merely said that the decision in Obergefell v. Hodges, while acknowledging the right of same-sex couples to marry, did not answer or resolve all marriage-related questions, including whether governments must provide the same benefits to same-sex couples that are provided to opposite-sex couples, they argued.

The decision comes one day before the Supreme Court will hear arguments about a religious exemption case between a bakery and a same-sex couple.

“With all eyes on tomorrow’s oral arguments in the Masterpiece Cakeshop religious exemptions case, the Supreme Court has just let an alarming ruling by the Texas Supreme Court stand which plainly undercuts the rights of married same-sex couples,” said Sarah Kate Ellis, president and CEO of GLAAD. “Today’s abnegation by the nation’s highest court opens the door for an onslaught of challenges to the rights of LGBTQ people at every step.”