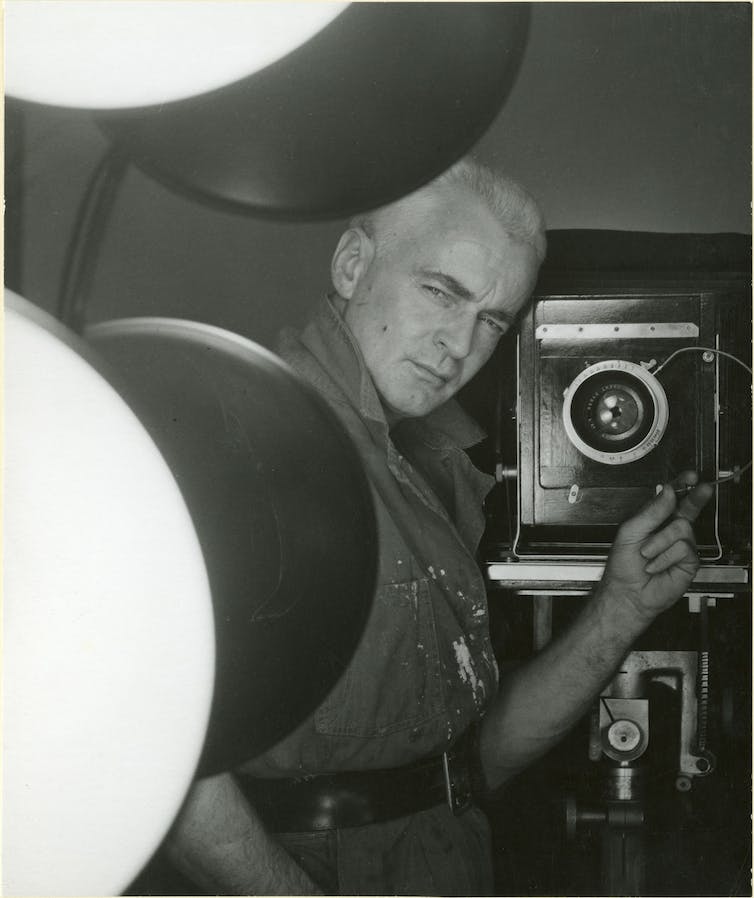 From the late 1920s until his death in 1955, George Platt Lynes was one of the world’s most successful commercial and fine art photographers.

His work was included in one of the first exhibitions to showcase photography at the Museum of Modern Art in 1932, and he showed at the extremely popular Julien Levy Gallery in New York City. His photographs for Vogue and Bazaar, his shots of dancers at the School of American Ballet and his portraits of some of the most important creative figures of his era were lauded for their innovative use of lighting, props and posing.

But in his view, his most important works were his nude photographs of men. Yet during Lynes’ life, few even knew of their existence.

Because of prevailing attitudes toward homosexuality, which included criminalization and strict obscenity laws, Lynes – himself a gay man – had to keep this incredibly influential and important body of work hidden away.

The dynamic between Lynes’ commercial and fine art photographs, along with the relationship between Lynes and Kinsey, is the subject of a new exhibition I recently co-curated at the Indianapolis Museum of Art at Newfields titled “Sensual/Sexual/Social: The Photography of George Platt Lynes.”

On view through Feb. 24, 2019, the exhibition features many pieces that have never been displayed before. They fill a gap in art history and serve as a window into a time in American culture when gay men like Lynes faced obstacles to unfettered self-expression.

George Platt Lynes was born in New Jersey in 1907 and attended the Berkshire School in Massachusetts, graduating in 1925.

As a young adult, Lynes had a passing interest in photography, but his dream was to be a writer: he published a literary journal called The As Stable Publications and opened up a bookstore in New Jersey. Neither endeavor proved fruitful, so when he happened to inherit a studio’s worth of photographic equipment from a friend, he decided to focus on photography as a career.

One of Lynes’ friends from his Berkshire School days was Lincoln Kirstein, who had recently co-founded the School of American Ballet with choreographer George Balanchine. Lynes and Kirstein became reacquainted and Lynes became the primary photographer for the school, later to be called the New York City Ballet, for 20 years.

Beginning with his ballet photography, Lynes would follow an impulse to upend established norms.