For linguists, it was the decade of the pronoun 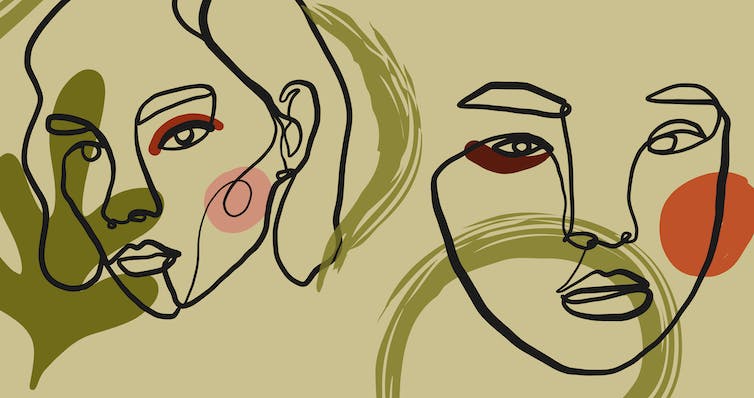 The American Dialect Society chose ‘they’ as its ‘Word of the Decade.’ abstract_art7/Shutterstock.com

On Jan. 3, the American Dialect Society held its 30th annual “Word of the Year” vote, which this year also included a vote for “Word of the Decade.”

It was the year – and the decade – of the pronoun.

In a nod to shifting attitudes about gender identities that are nonbinary – meaning they don’t neatly fit in the category of man or woman – over 200 voters, including me, selected “(my) pronouns” as the word of the year and “they” as word of the decade.

Pronouns, along with conjunctions and prepositions, are generally considered a “closed class” – a group of words whose number rarely grows and whose meanings rarely change.

So when pronouns take center stage, especially a new use of “they” that expands the closed class, linguists can’t help but get excited.

Word of the year votes are lighthearted ways to highlight the natural evolution of language. Candidates must be demonstrably new or newly popular during the year in question. Previous American Dialect Society winners have included “dumpster fire” in 2016, “fake news” in 2017 and “tender-age shelter” in 2018.

Because so many words enter our collective vocabulary each year, the American Dialect Society also votes on subcategories, from “Euphemism of the Year” to “Political Word of the Year.” “People of means” – used by Starbucks CEO Howard Schultz in February 2019 to refer to billionaires – won the former, and “quid pro quo” won the latter.

While the American Dialect Society’s annual vote is the longest-running vote, other language publications, from Merriam-Webster to Oxford English Dictionary, also announce words of the year. In December, Merriam-Webster announced that its word of the year was “they.”

It’s rare for words as simple as pronouns – “I,” “he,” “they” – to get so much media and cultural attention. But that’s exactly what’s been happening over the past few years, which made them a tempting choice for voters.

This year’s American Dialect Society Word of the Year, “(my) pronouns,” highlights the trend of people presenting their preferred pronouns in email signatures and on social media accounts – for example “pronouns: she, her, hers, herself.” People started doing this to help destigmatize a nonbinary person’s declaration of their pronouns.

The Word of the Decade, “they,” honors the way the pronoun has become a singular pronoun for many people who identify as nonbinary.

“They” has actually been used as a singular pronoun in English for centuries if the gender of someone being spoken about isn’t known, or if that person’s gender is unimportant to the conversation. For example, if I started telling you something funny my kid said, you might ask, “What’s their name?” or “How old are they?”

Only in recent years has “they” become widely accepted as a pronoun for nonbinary individuals for whom the pronouns “he” and “she” would be both inaccurate and inappropriate. It’s not the only option – some nonbinary people prefer “xe” or “ze.”

A shift that didn’t happen naturally

Though it can drive some pedants mad, language changes as culture changes. In English, these changes usually involve new or repurposed nouns and adjectives, like what happened with “app.” Originally shorthand for a downloaded computer or smartphone application, it became a word in and of itself.

But in this case, the social push to respect nonbinary gender identity has extended so far into English that it’s altering pronouns – again, a class of words that rarely changes – with a new, third-person singular gendered pronoun to accompany the longstanding pair of “he” and “she.”

It helps to fill in a linguistic gender gap, just like how, in some dialects, “y’all” or “yinz” fill in the lack of a distinct, plural “you.” But whereas “y’all” appeared slowly after years of unconsciously contracting “you all,” the nonbinary “they” arose quickly after a conscious social movement.

This might explain why some people have adapted to the nonbinary “they” more easily than others. You probably know someone – or are someone – who has struggled with referring to an individual of nonbinary gender as “they.” But what makes it so difficult? Is it discomfort with what can sound like bad grammar? Or does it have to do with our gender biases?

In a recent study, linguist Evan Bradley asked people to judge the grammar of sentences with a singular “they” as “correct English” or not. They found that singular “they” – in its centuries-old use for a person of unknown gender – was easier for people to accept. But the acceptability of nonbinary “they” depended on a person’s attitudes toward gender roles.

This suggests that the difficulty with nonbinary “they” has more to do with our culture’s perspective on gender than on the language itself.

Non-profits are struggling to do more with less money, but donors and volunteers can…

‘Rainbow wave’ of LGBTQ candidates run and win in 2020 election